Maybe some people don't agree with me.
"Are there should be 5 tea areas instead of  just 3?  Such as YiWu, MengHai, SiMao,LinCang and BaoShan?"
"No,no, there should be 6 big tea areas. DaLi should be included"
Okay. Let me just talk about the big 3 tea areas along the LanCang river baisn. It is located in the south of North Tropic. This unique region belongs to tropical and subtropical climate. It is so special and very suitable for growth of tea trees. The tea quality is among the best in whole Yunnan province. 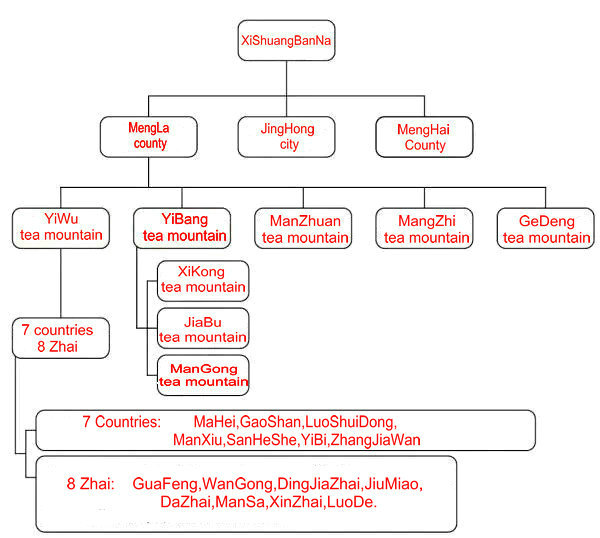 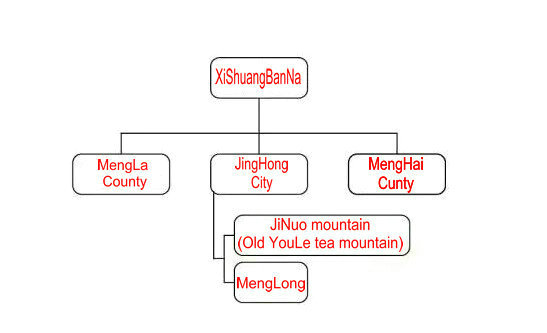 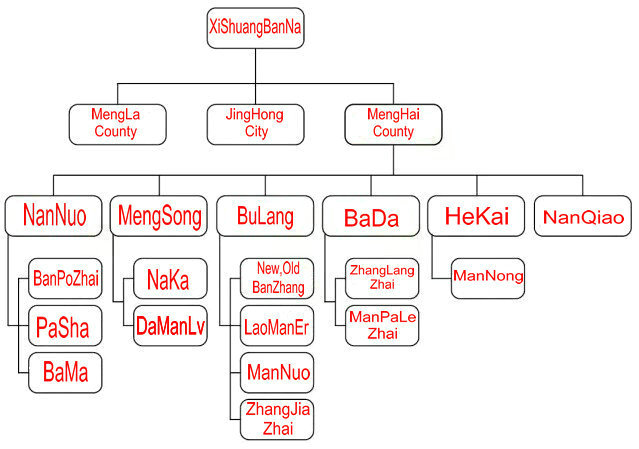 According to the recorded history, farmers started to plant tea trees from Eastern Han Dynasty （AD 25 year-220 year）. Tea as a agricultural industry began to rise up from Tang and Song Dynasty（AD 618 year-907 year, 960-1279 year）,  and reached the peak during Ming and Qing Dynasty (AD 1368 year-1644 year-1912 year).  Cha Ma Gu Dao which means tea and horse trading road starts from this region and crosses many mountains to outside China territory even to worldwide especially from the middle of 19th century.  It used to be GongCha's chosen area in Qing Dynasty. GongCha means the tea just for royal family.

Thanks to it's unique geography, appropriate climatic conditions, fertile soil, adequate sunshine, suitable temperature, abundant rainfall, rich vegetation, this tea area has the most ecological environment during the big 4. There are tea plantation of 333 km². Among that, 86km² are well preserved old tree tea plantation.
It has 3 counties called JingHong, MengLa and MengHai. There are two very famous but little smaller tea areas of MengHai and YiWu. A proverb says "King BanZhang, Queen YiWu". BanZhang is in MengHai area and YiWu is not needed to say. The famous "Old six-famous-tea-mountain" except YouLe belongs to 3 villages of XiangMing,YiWu and ManLa, and all the 3 villages belong to MengLa county. 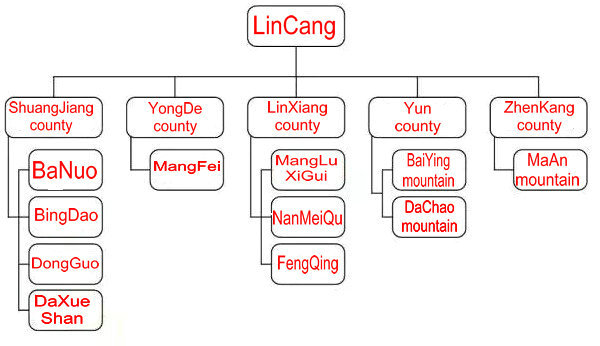 LinCang is located in the southwest of Yunnan. It has tea plantation of nearly 866.7km². Among that, wild ancient tree community shares 266.7km² and  cultivated ancient tea plantation shares 433.3km² (hundreds years old tea plantation shares more than 60km²). The average temperature is of 17.5℃. Annual rainfall is near 1400mm. The north tropic crosses this area.  Adequate sunshine, low latitude,high altitude, rich water resource and low PH all contribute to the suitable environment of tea trees.   The oldest and largest tea tree till now was found in 2004 year at XiaoWan village of FengQing county. It has diameter of nearly 4m and age of around 3200 years.

The taste of tea in this area is different from BanNa. Both of them have their own characteristics. But the high-quality tea plantation and undeveloped tea area are larger than BanNa. It supplies the most tea materials for XiaGuan tea factory. And also to KunMing tea factory and MengHai tea factory, it is a very important base.
Because of the ecological environment, the tea is very rich in ingredients and has much variation of taste. 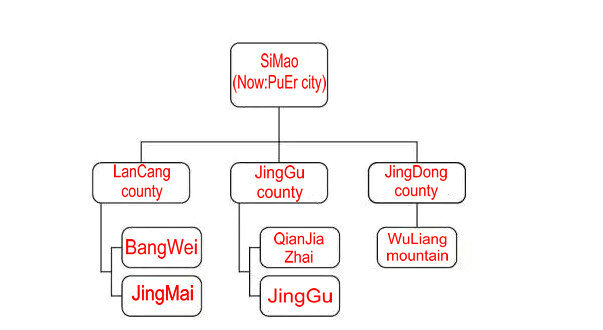 SiMao was ever called in last 60 years and has been changed back to it's old name of PuEr which had lasted around 1700 years till the beginning of PRC. Puerh tea was not called puerh until emperor of QianLong（AD 1736-1796 year）gave this name to it (who knows what it was called before that? We only know there are many discussion of it during specialists and historians.)

One more thing. There is another tea area not included in big 3. But we can't ignore it especially when we think of the future of puerh tea industry.

It is located in west of Yunnan province and has the highest latitude and altitude but lowest annual average temperature and the least rainfall during all the major tea areas in Yunnan. Compares to other tea areas like Banna where many tea trees suffer over-picking, here many tea tree are in wild condition even need to be developed. In the future.

Translator: John
Welcome to "https://www.kingteamall.com/354-2/" to find more interesting things.
* Reprinted from "http://blog.sina.com.cn/s/blog_6b64daa10102vsxc.html"
* The original author and translator have their own copyright.