"Lao Cha Tou(老茶头)" may be translated as "Old Tea Head".

It is kind of tea chunk which is produced during "Wo Dui" (Piled Tea for Manual Fermentation).

Since the high temperature and pressure in the piles, the pectin and others contained in tea leaf gradually leak out and there are complicated chemical reactions happen which makes some tea leave into hard chunk even can't be separated by maschine at the end. (Only large chunk can be separated)

So it is a by-product originally not expected by anyone. And it had been long taken as a waste couldn't be consumed or blended into formal product in ripe tea production history.

Just few people took it for self drinking. Finally and occasionally it became the reason of production to wider market during the period when Mr. Li Wenhua is the Vice CEO of Menghai tea factory.

Mr. Li wanted to give this unique and new tea product an formal name. From ancient time till nowadays, people have always used "Tou(头, Head)" to call certain people handle certain work like "Chu Tou(厨头, Cheff)" and many others.

Then he thought of an idea using "Tou" to describe this tea then it comes to "Cha Tou (茶头, Tea Head)".

Since these small chunks are very hard and solid, it can keep the original shape even after many infusions. It releases tea essences slowly and gradually.

According this character, Mr.Li added "Lao (老, Old)" before the name,  then it came to this popular "Lao Cha Tou". 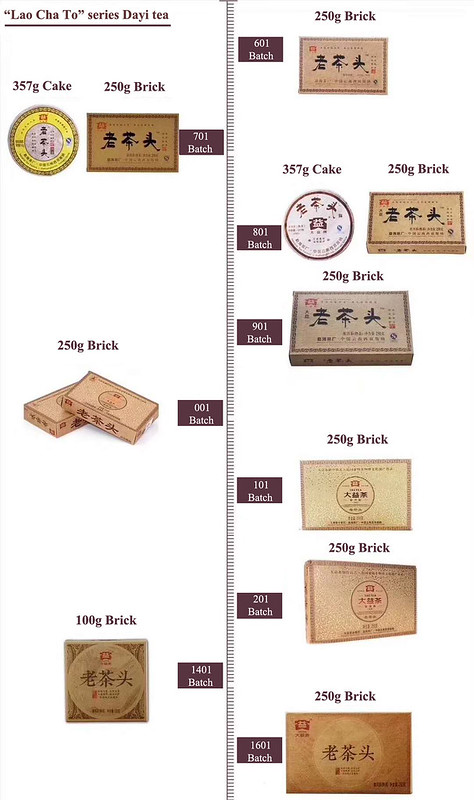